To Be or Not To Be – Politically Correct

Song of the day: Say What You Will by Fastway

We live in an age of vast technology, social networking and incredible free creative thinking. We’ve made leaps and bounds in what is socially acceptable within our culture. Entertainment media has pushed the envelope in nudity, violence and sex. The longer exposed to these moral deviants, the more society deems it acceptable. What was once considered outrageous even twenty years ago, when I was but just a wee girl, has become a part of the normal western social fabric. 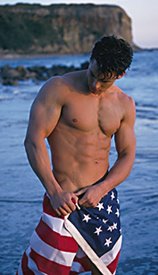 I pledge alligiance to the flag. Yes I do.

Yet there is a certain hush about specific topics. Same gender relationships, race, religion and wild, kinky sex are to name a few. Now I won’t go into what is right or what is wrong. I have my opinion and then there is everyone else’s. We may not do the same hand jive. We may not see the same color horse. But our laws say we are free to express ourselves as we see fit. You got to love this country.

As writers, most of us probably don’t give this a second thought. We read what we like and we write what inspires us. At least not until we stumble upon our own unchartered territory in freedom of expression. We’re moseying along, weaving the next best seller, and suddenly we’re finding ourselves mired in a muck of political correctness. A critique partner, contest judge, maybe a beta reader suggests a scene too controversial, a bit of dialogue too divisive, or a character too steeped in bigotry.

Should we limit our creative harvest if something we pen may hurt someone’s feelings? Should we compromise a character’s foible, motivated actions and reactions, theme, or even a plot for the sake of sparing hurt or anger? Did Faulkner or King?

I write historical tales. History, by default, is filled with atrocities. People were persecuted for their beliefs, race, economic status, ignorance, where they were born or for simply breathing their first breath. It’s sad and ugly. But out of these monstrosities arose tolerance, faith, love, greatness and lessons learned.

When I told my history professor whom I greatly admired that I wanted a degree in History, he groaned. Don’t take it to education, he had said. “You’ll never be able to teach it how it really happened. They won’t let you.”

Isn’t that a shame?

The American Civil War is taught in a terribly bias manner. People were either sympathetic to the South’s “peculiar institution” or they sided with the North’s abolitionists. The Civil War was not so much about slavery as it was about unfair economics. Yet slavery is seen as the motivator to the war. Seems there is a political correctness on equality still fueling debates today. No doubt slavery is an abomination. Unless . . .  Is it wrong to keep a hot, delicious man as a slave cooking, cleaning and performing hard labor seeing to my every whim? 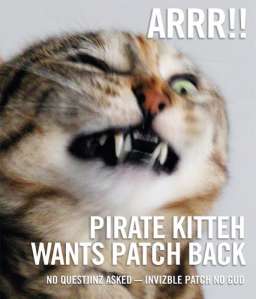 I’m well into my third WIP of my romantic sea-faring adventures where all my heroes are pirates. Historically speaking, pirates were one of the vilest derelicts of humanity. Thanks to Robert Louis Stevenson’s Treasure Island, Walt Disney and Hollywood films featuring Errol Flynn and Johnny Depp, pirates have found a place in our hearts. That didn’t stop one industry professional from passing on my manuscript citing the politically correct responsibility of romanticizing pirates in light of the recent attacks by Somalian bandits. I respectfully disagree.

We shouldn’t omit the truth in history or ignore its injustices for fear of affronting another. Nor should we omit other sensitive more contemporary issues to avoid being politically incorrect. Because we are gifted with immense freedoms, so do we have the freedom to dodge that which may make us uncomfortable or insulted.

But hey, this is just my unsolicited hand jive.

Are you afraid of offending someone? Do you tiptoe around touchy subject matter or do you wade right through it? I love to hear from you.

This entry was posted on Wednesday, April 21st, 2010 at 7:16 am and is filed under Uncategorized. You can follow any responses to this entry through the RSS 2.0 feed. You can leave a response, or trackback from your own site.

22 Responses to To Be or Not To Be – Politically Correct