Agents & Editors are people too… Some you like, some you don’t.

One of the things we all love is to read the comments of agents and editors. Come on. We’ve all done it. Laughed and groaned at the list of their worst received queries? Chuckled when another author makes such a heinous mistake or is sooooooo sure of their own talent that they say something that lands them an immediate rejection? Of course we come away from these stories a little bit smarter for having done our research and followed the A/E to see if we would be a good fit. We’re essentially – getting to know them.

The Agents and Editors are well aware of their reading public. Their stories are crafted to make us laugh, shake our heads, or want to cry. They know we secretly thank these authors who refuse to do their homework and clear a bigger path for us. They also know we cringe to know that these same authors make it that much harder for us to get in because the A/E are continually frustrated by these people who refuse to follow the rules. 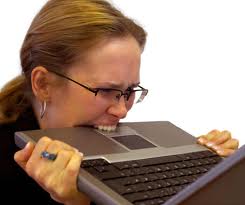 I mean, let’s face it. Writing is hard work. You continue to learn, perfect, revise. You attend conferences and workshops and network until your eyes hurt to get your name out there. And there are those who refuse to even try. Makes us kinda crazy right?

No matter how badly we want this, and no matter how hard it is to get published, we all have to remember that Agents and Editors are people too. People just like we run into every day of our lives. The guy on the bus that stinks every morning? The opinionated PTA member who makes everyone crazy by being too demanding? The neighbor that refuses to move his six broken down cars away from the beautifully landscaped border of your property?

Yeah, we’ve all met them, and even if they offered to help us gain something incredible, we just have to agree to share it, would we take the offer?

Now think about this. You don’t enter a contract with anyone without doing your homework. Checking their background, their contacts, their actual qualifications, right? And if that all passes muster, do you just jump right in?

I think sometimes writers forget they are entering into a very personal, intimate contract with an agent. Do some REAL research on them. Follow their blog, Twitter, Facebook, anywhere they might post opinions or comments. And no I’m not giving you the green light to become a stalker. Eeeeek. (I’ve heard of A/E’s complaining of this too.) You can usually read the archives on an Agent or Editor to learn a huge amount about what they are like and what kind of personality they have. Just researching the basics to make sure they are qualified isn’t enough.

Case in point, I follow numerous agents and editors, on any of the media networking venues. I do so because in researching them as a potential A/E, I found that I liked their style. I also found any number of A/E’s that I took off my query list for one reason or another. That’s not to say they weren’t nice people, or even professional, they just didn’t fit me. And I assumed, if they don’t fit me, I won’t fit them either. At least – not the way I want.

I recently updated my To Be Queried list for a new YA novel I’ve completed. Near the top of my research list was an agent I had heard good things about, but not a ton. I did some digging. At first, I thought maybe I’d caught her on a bad day, so I read further into her archives. It quickly became clear that she got a good laugh out of making fun of – what I thought sounded like simple mistakes anyone could make. She continued to pick apart EVERYTHING, in detail, an author could do that would earn them a form rejection. Right down to the Mrs, Ms, or Dear.

Too picky? Yeah, me thinks so too!

Really? As aspiring or published writers, aren’t we up against enough without having to know that one A/E liked to be addressed Dear, while another wants to be addresses Ms???? I certainly wouldn’t boot an agent from my list on one little pet-peeve, but this agent was unhappy with everything.

Just as an A/E can decide not to work with someone because of their personality, so too can we. Agents and Editors are people too. Don’t forget to get to know them a little before you hop into a relationship that you could have easily determined was doomed!

The saying goes: ‘No agent is better than a bad agent.’

So – You tell me. Any horror stories?

Followed an A/E and were shocked by something they posted/tweeted?

(Of course, names should be and will be redacted. We’re not here to put anyone down. Just to learn what to watch for.)

This entry was posted on Monday, September 27th, 2010 at 4:34 pm and is filed under Agent Shop, Authors, Candi, Craft, Critiquing, Inspiration, Motivation, Pitching-Submitting, Research, Tip, Writing. You can follow any responses to this entry through the RSS 2.0 feed. You can leave a response, or trackback from your own site.

2 Responses to Agents & Editors are people too… Some you like, some you don’t.