Method Writing – Are YOU Oscar Worthy?

Song of the Day: Drive By by Train

I recently discovered I could be a star in Hollywood. Yep. Look out Angelina 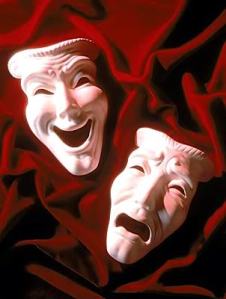 Jolie, there’s a new super watt actress in town. Well…maybe not. But after reading an article in the March 2012 issue of Romance Writers Report and hearing a presentation given at my local RWA® chapter last month on Method Acting, I thought it was time to write my Oscar acceptance speech.

What is Method Acting you ask? It is a group of techniques used by many actors to create the genuine thoughts and emotions of their characters. These professionals go deep—integrating themselves into the lives of their character rather than simply performing them. There are plenty of books and resources on the subject, so I won’t go into great theatrics here. But I will share how the very same exercises can be awesome tools for writers.

Relaxation – Relax your body to allow the mind to work. Ohmmm…

Sense memory – It’s been pounded into our little writer brains, use all your senses. Recall a similar experience. Utilize it at the most rudimentary level and work to relive stimuli in every detail. 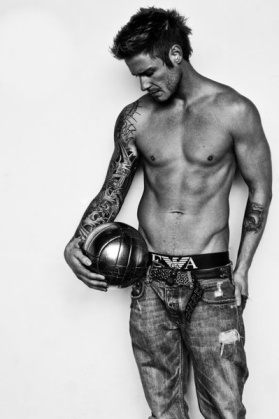 Objects – focal points, real or fantasy, anything that allows the writer to avoid distraction, leading to the unconscious behavior and steady concentration of the writing. I prefer to focus on the ripped body of David Beckham.

Substitution – We can’t allow personal feelings to disrupt or detract from those of a character and expect readers not to notice. Use the power of concentration, grasshopper. Personalize your thoughts with a substitution to overcome the bias.

Animal exercise – We can learn so much from the characteristics of beasts—how they move, their appearance, whether they are dangerous or docile. These traits we can translate into powerful descriptions for human ones. Roooar!

Song and Dance –This exercise is meant to remove the unconscious behaviors and replace them with unbridled conventions. Break out the dancing shoes and the Taio Cruz Dynamite CD.

Speaking out – No, this isn’t a political protest or public outcry. It’s verbally recognizing concentration had been broken and getting back to business.

Moment to Moment – we allow scenes and action to move the story forward as opposed to sticking with our original view of the plot. I don’t know about you, but my characters are constantly surprising me.

Justification – There must be a reason why the characters say and do the things they do for their actions and reactions to be real.  This, of course, is not how we women operate at any given moment without proper doses of chocolate or margaritas, right ladies? But for the sake of the readers…

Affective Memory – Cover me! I’m going in. Going in deep. This exercise 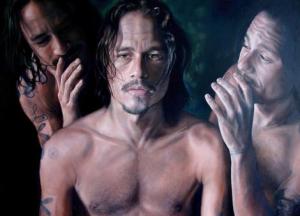 conjures up the deepest, and sometimes most painful and frightening, personal experience to capture raw emotions. In all my research on Method Acting, every resource comments on this practice either being a dangerous or pure genius procedure. Many in Hollywood have said Heath Ledger’s role as the Joker in The Dark Knight affected him so intensely, it led to his fatal use of prescription drugs meant to alleviate his demons.

Given Circumstance – understanding all preceding method parts are tied together by the theme/spine, moving beyond the superficial

Shy of singing and dancing like a fool in my office, I was surprised to learn I have been doing my own version of Method Acting techniques in my writing. Each procedure I have utilized at some point—some such as sensory and affective memory, more than others. In order to convey moments of genuine emotion and action/reactions, I have conjured up incidents in my own life that have paralleled similar responses. Let’s face it, I’ve never watched a loved one twirl at the end of a noose, nearly drown, or face the Grim Reaper head on. But I have been traumatized by death, I have been truly so frightened it stole my breath away, and I have stared down the barrel of a gun (which incidentally royally pissed me off). Lucky for me, I have loads of experiences to draw from in which to recreate exactly what my characters are doing and feeling.

How about you? Do you use any or all of these techniques? I’d love to hear from you.

This entry was posted on Wednesday, April 25th, 2012 at 6:15 am and is filed under Authors, Craft, Jennifer, Research, Tip, Writing. You can follow any responses to this entry through the RSS 2.0 feed. You can leave a response, or trackback from your own site.

12 Responses to Method Writing – Are YOU Oscar Worthy?