“Just as a good rain clears the air, a good writing day clears the psyche.”  Julia Cameron
By: Stacey Purcell

It seems the world won’t wait for me.

Twitter, Facebook, and blogging are social media tools that I’ve gotten fairly proficient at using. In fact, I have been congratulating myself on how I jumped into the cyber swirl with both feet and am holding my own. This coming from a girl who figured out how to make group emails about 2 years ago, is quite the feat! I’m very proud of myself although, if you compare me to Jennifer, I’m an antique relic- at best.

So what does the world do? It creates the next big social media push…are you kidding me? Insert big heavy sigh.

The basic idea of this site is that you create online bulletin boards with pictures of items that interest you. You pin them onto your boards to create a visual picture of your thoughts, likes, dislikes, moods etc. The site is brimming with possibilities for writers!

This is wonderful way to include your readers into the process behind the scenes of a writer. Many authors I know build story boards to help them while they are creating their novel. Why not do it to also engage readers in the book as well? Pinterest creates a platform for you to add photos, music, video clips, and articles to create an interactive wall that can be used to illustrate your book. In an instant your characters, setting, historical research, and mood of the book come alive. For instance, my two books take place in Malaysia and Costa Rica. I could design a board for each destination. Jennifer writes pirate novels, she could include a board about the history and legends surrounding lost treasure. The possibilities are endless. Tantalize your reader, offer glimpses into your next novel or provide a multi-media way for them to connect to your current book already for sale!

Pinterest also has a “Pin It” widget that you can add to your web site and blog. This gizmo allows readers and visitors to share something they particularly liked from your boards with their own networks. This is especially true for book covers! I’ve looked around Pinterest for a few days now and have discovered many people have a “Favorite Books” or a “What I’m Reading” board. Wouldn’t it be great if your cover was on their board? This widget makes it very easy for readers and potential readers to share your book and take a look into what goes into the making of a novel.

What if you turned it into a contest? What if you had your readers create boards that had to do something with your book? Theme, setting, characters would provide terrific launching points for this. What if you had a “Create The Main Character” contest. For instance, Jennifer’s books are available on Amazon and a number of other spots. Her pirate guys are to die for- no really, I’m not kidding. Maybe her readers could create boards to illustrate what they think these dashing fellows are all about. The best ones could be shared and posted all over the place. The connection to Facebook and Twitter could make it go viral in the blink of an eye. By the way, the contests or invites to the story boards could also be listed in the author profiles on Amazon to instantly give a readers another way to connect to you.

I’ve come a long way in this techno world we live in and finally they’ve created something that’s right up my alley. I’m not only a writer, but I decorate, love art and music, paint, cook, sketch, and am a history and travel buff. This site allows me to indulge all of my passions as well as provide a way for my potential readers to get to know me and my books. You can spend 5 minutes a day or get lost and come up for air 5 hours later with Pinterest. I believe it has the potential to take marketing books to a whole new level- one that I’m totally on “board” with.

P.S. See Jenn’s article below here to find out about her book and soon to be released novella! When you do, think about the possibilities with Pinterest…….

Song of the Day: Pain by Three Days Grace

The woman, a complete stranger, left me winded, dizzy. Like a thief, she stole my breath away and along with it, my good sense. Reining me into her designs armed with nothing more than a scrap of leather.

What’s this all about?

Since my passion is writing fun, steamy, adventuresome pirate romances, I’ve been toying with the idea of dressing the part – for appearances and book signings, of course. Last week, I visited a boutique, The Spotted Pony, in historic Old Town Spring. The shop specializes in Renaissance and pirate paraphernalia, including authentic clothing. Its proprietor is a saucy sort, old enough to be my grandmother and sharp of tongue. She was eager to help me once I explained why I was shopping in her unique store. In hindsight, she might have been too eager.

She produced a leather corset from behind the counter. An investment, she insisted. Now, I recently lost 40 pounds, but when she said the corset was a size 30 in the waist, I laughed. She suggested it was too big. I disagreed considering I couldn’t get the damned thing to latch around my ribcage. I wondered if I might have peeved the woman for chuckling as she slapped down on the counter a corset the next size smaller. She was either a witchy woman ready to deliver spite upon me or a tarot card short of a complete deck.

She had me unlace the corset while she rang out another customer. When I misunderstood and removed the laces instead, she chastised me with a wag of her finger and the shake of her head. Hey, in my defense, I write about taking these things off, not putting them on.

I followed her to the not-so-private dressing room. Ironically, I shared the space with a life-size cutout of Will Turner from the Pirates of the Caribbean. Not that I minded. After finally attaching the first button (I swear it took five whole minutes!), I was drenched in sweat. Oh, but we had only just begun.

The crazy proprietor tells me to turn around so she can lace me up. Tugging away, she tells me she has arthritis and may not be able to tighten the corset

completely. Really? Imagine, if you will, the scene in Gone With The Wind with Mammy lacing Scarlett’s corset. All that yanking and cringing … I’m holding onto the door jam, giggling like a crazed fool, as the lunatic conducts torture with her arthritic hands. I half expected her to brace her foot against the wall for leverage as hard as she pulled. It’s all fun and games until someone cracks a rib.

All blood flow had been cut off to my brain, my vision blurred with the spinning of the room. Breathing had become a luxury and came only in short gasps. Good grief, by the time she was done, my boobs, which is one of my better assets, were eye level. I needed mirrors and a guide dog to walk across the room. No doubt the contraption was created by a man. Speaking of which, this is when I noticed the twenty-something man lingering by the same racks he’d been browsing before we started this cruel and unusual punishment. Hmm…

Perfect! the delightfully batty shopkeeper claimed. The lack of oxygen must have caused a momentary lapse in reasoning because I agreed. I bought the “investment”.

The things we do for our craft.

Have you ever dressed the part for your stories or bought something to help inspire you? Let me hear from you, but speak up. I can’t hear you over this heavy breathing.

Link of the Week 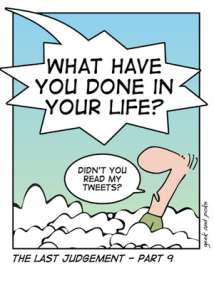 MuseTracks Link of the Day

Today’s link hooks you up to an online book club, iBookBuzz.

iBookBuzz  is exclusively for romance writers and readers and monthly selections are picked by the book club members.

What’s great about this book club is it offers writer’s a chance to promote themselves among readers, especially if the author’s novel is available digitally. 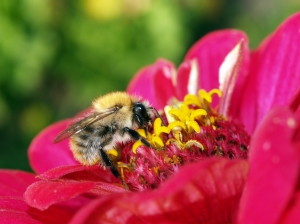 Each month offers a different genre. Four options are randomly chosen from those submitted to the club and a poll is conducted. This is a great promotional tool for authors, plus the author gets the benefit of interacting with readers and being a part on the book discussion. Pretty darn cool.

This month, my novel Blood and Treasure is up for the historical book of the month. Not only would I love for you to check out iBookBuzz’s site, but take a moment to join and vote.  Should you decide to vote, please vote based on the selection you like most. However, I’d greatly appreciate your support.