Contemporary romance author and dog-lover, Selena Laurence, is celebrating her debut release of Love, Lies, and British Spies with Crimson Romance out TODAY.  She’s sharing her release day with us, and she’s brought an excerpt.

Snow. As I write this, it is EVERYWHERE! At least everywhere that I am. Yes, snow in April. Buckets of it, barrels of it, about two feet of it right outside my backdoor.

Which is why it’s a good thing that I’m a Romance writer. Because if I’ve ever needed to get away from it all, now would be the time. That’s one of the reasons I love Romance novels so much, and also why I write them – to Escape the Everyday.

When I write a book, I want it to distract you, entertain you, help you forget about the taxes and the kids and the guy next door who is standing in the front yard right now in his underwear (just take my word for it). A Romance novel is the ultimate escapism and that’s just fine. Not everything has to be serious or contribute to discussions on world politics. Some things are just for fun, like LOVE, LIES, AND BRITISH SPIES. It’s my first book, and it’s for the fun of it. A spy who’s sexy, a heroine who’s spunky, evil terrorists who aren’t really all that evil, and some awesome settings. Grab it for your next plane ride or transit commute, or while you’re sitting around waiting for soccer practice to be over. It won’t alter the course of global warming, but it’ll warm you up on the inside, and sometimes that’s just as important. 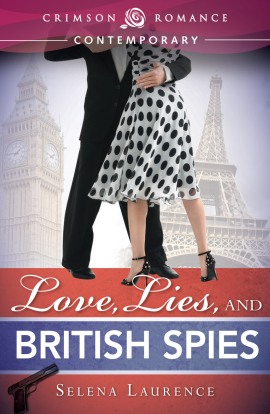 After an engagement gone terribly awry, American interior designer Eva Anderson has finally met the man of her dreams. Handsome, charming Owen Martin is one of London’s most talented musicians, and he’s head over heels for Eva to boot. They fall in love, get married, and go on a fabulous honeymoon to Paris.

But Owen forgot to tell Eva one little detail: he’s actually a top secret British spy . . . oh, and there are more than a few women in his past. Unfortunately for Eva, one of those women is the beloved younger sister of Middle Eastern terrorist Hassam Khalil. Hassam wants nothing more than revenge on Owen for defiling his sister, so he kidnaps Eva.

Owen rushes to the catacombs of Paris to rescue his new bride only to discover that she’s learned all of his worst secrets and wants nothing more to do with him. From the teashops of London to the cafes of Paris and the ports of Alexandria, Owen and Eva encounter terrorists run amok, friends with the best of intentions, guns, fangirls, and espionage galore. But, will love ever be enough to overcome the lies of this British spy?

Sometime later, Eva found herself ensconced yet again in the large hotel bed, as Owen licked the last of the champagne off of her torso.

“Honey, I appreciate all of your efforts, but no matter how much you lick I’m still going to have to shower, I’m sticky from head to toe,” she said.

“I hate to break it to you love, but I’m not the least bit concerned about how sticky you might be,” he looked up at her grinning. “I just like the licking part.”

Eva rolled her eyes and went back to reading the newspaper she’d picked up from the nightstand. Owen batted the offending newsprint out of his way as he settled on Eva’s left breast. “Owen! I’m trying to read this article about the palace of Sheik Abdabayah. You should hear about this place, it’s incredible. The draperies alone must be worth in the millions of dollars.”

“And are undoubtedly used to wrap all those AK-47s he’s been shipping to Afghanistan,” Owen muttered as he buried his face in Eva’s neck.

“What did you say?” she asked. “It doesn’t say anything about him shipping guns in here. In fact, it says that he’s a member of the Saudi royal family and one of their most respected philanthropists. Last year alone he donated over fifty million dollars to Saudi hospitals and schools.”

Owen looked up sharply for just a moment, and said, “I’m sure you’re right, I must be remembering someone else. I think I read an article yesterday and it was about some Middle Eastern arms dealer, all of those names sound the same to me.”

“Maybe we should at least try to learn something about foreign affairs,” Eva replied. “Oh, let’s not,” Owen said, finally getting out of bed and heading toward the

bathroom. “Foreign affairs are more trouble than they’re worth.”

Selena Laurence is a wife, and a mom, and a generally all-around nice person who woke up one day and realized that a) life wasn’t getting any longer, and b) the only thing 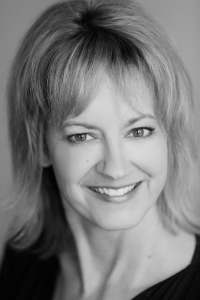 she really liked to do was write and read Romance fiction. It was a lifelong tendency that started with books like PRIDE AND PREJUDICE when she was a teen, and continued in college when she would sit in the library and read Harlequins instead of studying for finals (OK, that part wasn’t terribly smart). Over the years she filled her need for romance by getting married (Mr. Laurence has a romantic streak hidden in there somewhere), watching soap operas, and dreaming about all sorts of improbable stories.

Finally, she gave in to her obsession, sat down (many times) at the local coffee shop, and wrote a book. The book was terrible, and she put it away, never to be seen again – seriously, never again. Then, she saw a special call for stories related to Greek Myths. She got an idea, found critique partners, and started all over again. She didn’t make the deadline for the special call, but she did end up with LOVE, LIES, AND BRITISH SPIES. Now, she is hard at work on her next novel and has fallen in love with her new career, although her family says she loves the dog more than anything else.

And speaking of the dog, Selena and her Goldendoodle live with two kids and Mr. Laurence in Colorado’s Rocky Mountains. They all spend a lot of time driving to soccer games and gymnastics meets. There are also two more kids in the family who got big, moved away to college, and wreak havoc on other parts of the state. They think they visit too much, Selena thinks they don’t visit enough. Contact her at: http://www.selenalaurence.com

Thank you for being a guest here at MuseTracks, Selena. Congratulations on your debut release!