I’d like to raise a salute to the crew of USAirways Flight 1549 (Miracle on the Hudson). Here are the names of these five brave men and women: Captain Sully Sullenberger, First Officer Jeff Skiles, Flight Attendants Sheila Dail, Doreen Welsh and Donna Dent. All of them performed amazingly under the most stressful of circumstances. And of course, a salute to all those passengers on board the aircraft who selflessly put other lives before their own, and the ordinary citizens and river pilots who came to their rescue, and naturally, the quick call to duty of New York’s outstanding emergency response teams. No lives were lost that day because of the heroic actions of all these people who played their part.

But I can’t help but feel a strong personal connection to the flight crew. I’ve flown with First Officer Skiles, an outstanding aviator, and enjoyed the camaraderie and professionalism of all these flight attendants as members of my own crew at one time or another. I’d only exchanged pleasantries in passing with Captain Sullenberger. Though, like most who watched the videos of his Hudson touchdown, I have an immense respect for his exceptional skills. I can almost sense the thoughts that went through his mind as he plotted this happy ending to an impossible story. He and I have enjoyed many common experiences in aviation. We were both instructors in the military, both of us flew Phantom F-4 fighters, and both are currently employed as Captains with USAirways. But we all must wonder. What must it feel like — to plot as if your life depended on it.

You know, plotting in aviation is not unlike writing. Both use this same instrument to lay a course through a series of events leading to a successful conclusion. But, wow! Have you ever had a sixty second deadline to present a believable plot that must end happy-ever-after, and… It must be a guaranteed blockbusting bestseller.

Do you remember the Stephen King novel, “Misery?” After an accident on a remote country road, bestselling author, Paul Sheldon is nursed back to health, then held prisoner and forced to plot a story for his deranged captor, Annie Wilkes, as if his life depended on it. Let’s try an experiment. Enter a Stephen King-like nightmare with me and let’s test your piloting, err… plotting skills. What do you say we keep Misery’s Annie Wilkes and throw in a little of King’s Christine for good measure. Here we go.

You’re the driver of an automobile enroute to conference, an exciting road-trip you’ve looked forward to for months. Your four passengers are all writing partners. Together, you make an excellent team. While you’re a bestselling author, your passengers are a mixed group — some published, some not.

Good company and pleasant conversation. The day couldn’t be more perfect. But then the nightmare begins. The background music cuts out, replaced by gritty static. It won’t be silenced. Dividing your attention from the road, you dial through the radio frequencies, lower the volume, turn off the power, but it won’t go away. A shrill screech resonates through the car sending a quadraphonic chill down your spine.

What the hell? A sudden clarity of silence, then the car’s speakers reawaken with a frightening tremor. Something dark and forbidding reaches out, brushes your flesh with a glacial chill, and rakes your mind with its taloned whisper. “I will hear your story, now.”

The car crests a hill, accelerates downward. Stunned into silence, you share a nervous glance with the others, wondering if you’ve lost your mind. You see your own fear in their eyes. What’s happening to us? This can’t be real.

“You have five minutes,” the phantom shrieks its warning. “Amuse me. The plot. I’ll have it now or none among you shall survive.”

How’s this for a plot, you bastard. You grit your teeth and crush the brakes but the pedal uselessly thumps to the floor with little resistance. The car accelerates. You struggle through the first turn while your writing partners mobilize like the awesome team they are.

One whips out a cellphone, punches 911. Another tries the door locks, no avail. Windows refuse to roll down. Your partner in the right seat hammers the radio with the blunt end of her retracted, stubby umbrella, rewarded with a shower of sparks and acrid smoke that now chokes the ventless confines of the car. Brilliantly, she jabs her finger into the overhead emergency button.

“This is OnStar, how may I help you?” comes the mocking voice.

Crap! The park-brake. You slam it to the floor. Nothing. Everyone braces while you careen through the turns. You slam the gear shift into park, reverse, anything to halt the acceleration. But the car’s frozen in overdrive. Finally, grim reality clutches at your heart – you might not make it.

No, I’m not giving up. Keep your mind clear. Think, damn you. Think.

“You have angered me and for this you must be punished,” the evil entity speaks with sorrowful regret, frightening in its stark contrast to its menace. “The rules have changed. You now have sixty seconds. I’ll have your pitch. A story like none other. A bestseller. A blockbuster. Anything less and I will know. And mind you… all shall perish if you fail me.

You call upon your skills, countless years of experience, and the thousands of hours spent honing your craft. Finally, with the world streaking by in a blur, you…

Okay, enough of this. I know all of you brilliant writers have plotted a wildly successful bestseller with a profound HEA conclusion… just like Miracle on the Hudson. You plotted like your life depended on it. You remained calm, focused, ignored the voices from the radio, the stench in the air, the shuddering of the car, the speedometer edging higher, the distractions of your passengers – questioning, prodding, urging. After exploring every alternative to buy time, you’ve realized the only option is to work the threat. Dividing your time between driving and plotting you dismiss several possibilities, settle on one, complete with goal, motivation, and conflict. Then, all within sixty seconds, you’ve pitched your bestseller with a happy-ever-after ending. Piece of cake.

As it relates to a catastrophic airborne emergency, it’s tough to illustrate, in the complex jargon of pilot speak, the woven complexities of goal, motivation and conflict that must be plotted and concluded with a bestselling, happy-ever-after ending. But I thought, if anyone could comprehend the lifelong 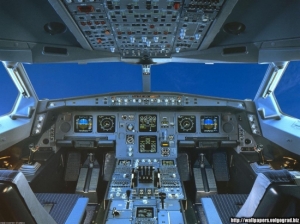 endeavor of discipline, experience, and unyielding determination, it would be you. Only…try to imagine using all these tools of your trade, all your skills, all your experience, and all your knowledge to plot a bestseller in less than sixty seconds.

For the moment, I’m not allowed to discuss what I know, or even speculate about the details of the event, but I can tell you as a writer, that Captain Sully Sullenburger plotted a half dozen storylines in much less than sixty seconds before settling on this wildly successful conclusion. But writing such a story doesn’t come natural. I don’t believe any lofty achievement comes natural. What comes natural is the passion to achieve an ideal, whether it’s writing or flying. And in the end, it is the fruit of your passion that makes what you do appear so effortless and easy.

Do you believe it’s possible that some stories can only be told by one of the chosen among us? I think so. I think each of you have, within you, such a story that only you are capable of telling with your own unique voice. And here, on the Hudson, was one such example. Sully’s was the only hand on the controls when he’d chosen the course he’d plotted. And his was the hand that guided his airship to a safe

ditching – something that had never been successfully accomplished before.

Though, I can’t help but believe… someplace high above the ghosts of those twin towers overlooking the Hudson, twenty-seven hundred angels with great spans of opaline wings, may have swept down to help hold this airship aloft, keep her course true, and cushion her safe return home.

This entry was posted on Tuesday, January 20th, 2009 at 1:15 pm and is filed under Authors, Craft. You can follow any responses to this entry through the RSS 2.0 feed. You can leave a response, or trackback from your own site.

8 Responses to Plot like your life depends on it: